The Pokémon Trading Card Game (TCG) Online app has launched on the Apple App Store™ in select markets around the world, bringing the online version of the popular trading card game to iPad® and iPad mini™ devices with Retina display, starting with the third generation, in the United States, Australia, Canada, France, New Zealand, and the United Kingdom. The Pokémon TCG Online, available as a downloadable client for PC and Mac® and now as an app, allows fans with an Internet connection to play the game whenever they like, wherever Wi-Fi access is available or by using the device’s data plan.

Players can begin downloading the free-to-play Pokémon TCG Online app at appstore.com/pokemontcgo for iPad and iPad mini devices. They will also be able to search for the official Pokémon TCG Online app in the Apple App Store. The app launches in additional markets in Africa, Asia, Europe, and South America later this week.

The Pokémon TCG Online app provides iPad and iPad mini users with a similar experience to the one PC and Mac players have enjoyed, and ensures that their digital card collection and game progress follows them across any device they’re playing on. Game features are identical as well, including both player-versus-computer and player-versus-player online battles, deck building, card trading, avatar customisation, a Pokémon TCG tutorial, and more.

All Pokémon TCG Online players receive several free digital Pokémon TCG decks to get started right away and can earn additional cards through both player-versus-computer and online battles. Players who purchase physical theme decks, booster packs, and other Pokémon TCG products will also receive a code card that unlocks digital cards for their Pokémon TCG Online game, enhancing decks and adding cards to their online collection for play or trading.

“The iPad version of the Pokémon TCG Online makes it even easier for fans to pick up the game and begin playing immediately,” said J.C. Smith, director of Consumer Marketing at The Pokémon Company International. “We want to provide players with various access points to play and enjoy the Pokémon TCG, whether it’s the traditional tabletop game, PC and Mac version, or the iPad and iPad mini app.” 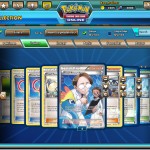 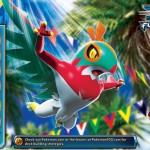 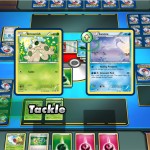 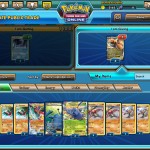 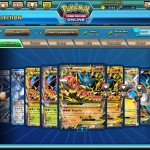 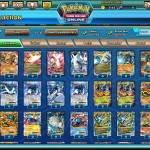 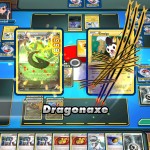 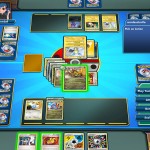