The details of how to get Diancie have still not been released but the video assured that distribution details are coming soon. It’s strange that they’re pushing the release of Mega Diancie so soon when for one, it hasn’t even been released and two, no other Pokemon in X or Y has a Mega evolution.

I suspect the reason they’re showing off Mega Diancie is because Mega Diancie will most likely make an appearance in Pokemon The Movie: Diancie and the Cocoon of Destruction. If you look closely at the latest trailer at 1:21, Diancie looks like it’s about to unleash a large move before the video cutting out. This could actually be seen as Diancie about to Mega Evolve. Can Pokemon Mega Evolve without a trainer, though? I guess we’ll have to wait and see until the movie comes out. 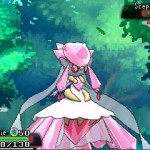 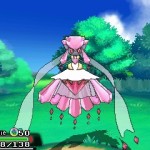 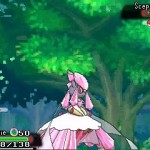 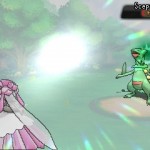