The Pokemon Company released more information today about Pokemon Omega Ruby and Pokemon Alpha Sapphire. First off, the release date has been announced as Friday, November 21, 2014.

Secondly, the Coro Coro leaks from last week were spot on. The Groudon and Kyogre from the box art are going to be called Primal Groudon and Primal Kyogre.

These two extremely powerful Pokémon clashed in an epic battle that once sent Groudon into a long slumber within the magma beneath the planet’s crust and drove Kyogre into a deep sleep at the bottom of the ocean floor. The awesome transformation is a result of Primal Reversion, when Groudon and Kyogre reclaim their original power from nature’s energy and obtain even greater power than they already have. The power within Primal Reversion is still being discovered, as well as what connection may lie between Primal Reversion and Mega Evolution.

Primal Groudon is brimming with energy, which pours from its body as magma. The magma burns at such an extreme temperature that its body is always shimmering ruby red from the haze of its heat, giving off light in the darkness. Through Primal Reversion, Primal Groudon becomes much larger and adds Fire type to its Ground type, raising the power of Fire-type moves it can learn. Primal Reversion greatly boosts Primal Groudon’s Attack. Its Ability may get a boost during this epic transformation, too.

Primal Kyogre, a Water-type Pokémon, is awash with energy that spills from its body as seawater. Its blue skin shines like a sapphire and is half-translucent like the sea. Primal Reversion greatly boosts Primal Kyogre’s Special Attack. Its Ability also seems to get a boost, although this information cannot yet be confirmed. Primal Kyogre is massive, growing to be more than twice Kyogre’s size.

In a Youtube video released today, Mega Sceptile and Mega Swampert were shown off as well. 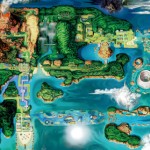 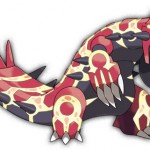 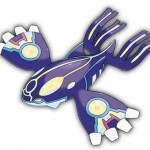 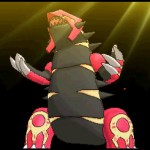 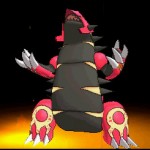 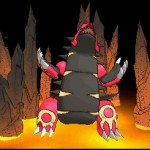 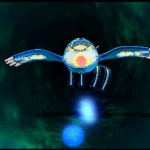 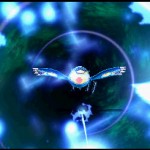