Looks like the 4th expansion to the Pokemon XY TCG series in Japan has been announced. “Phantom Gate” will feature Psychic-type Pokemon and have M-Gengar EX as the expansion’s mascot. It will be released in Japan on September 13, 2014 and have at least 88 cards. Check out the sample Japanese advertisements below. 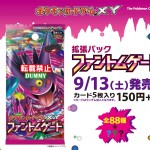 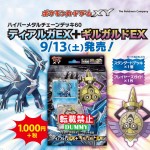 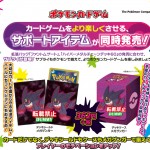